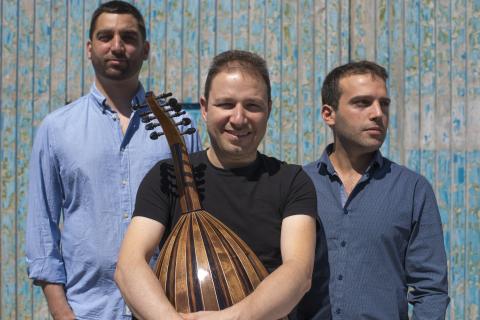 Rohana formed his trio with Hungarian double-bass player Matyas Szandai and French-Lebanese percussionist Wassim Halal in 2013. The trio performs original repertoire that is an extension of Arabic and middle eastern traditions but also draws from a wide range of other sources such as jazz and western classical music.

Matyas Szandai is one of the most sought-after bass players in the Jazz scene in Europe. Over the last fifteen years, he performed and recorded with renowned musicians such as Archie Shepp, David Murray and Herbie Mann. He graduated from the classical department of Ferenc Liszt Academy of Music in Budapest.

Wassim Halal combines mastery of different rhythmical systems from the Middle East and the Balkans with an interest in improvisation.